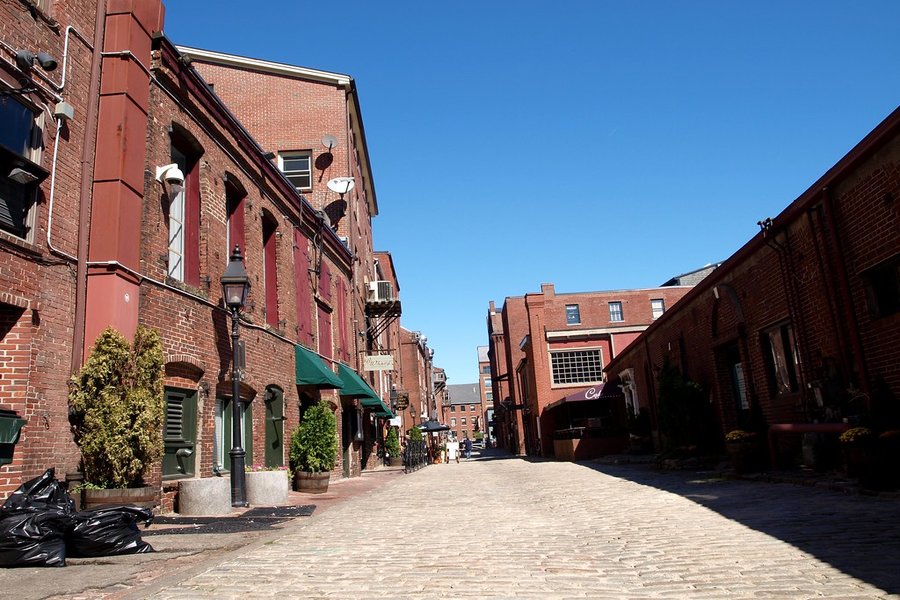 Cobblestone streets line downtown Portland and lead the way to some of the city’s best restaurants. (Photo: Joye via Flickr)

From its perch on the idyllic coast of Maine, Portland looks less like a cosmopolitan metropolis than a charming small town. Appearances can be deceiving, though, as this city of just 67,000 is home to some of New England’s best restaurants. Here are five you shouldn’t miss.

30 ft floor-to-ceiling windows frame the sleek urban dining experience that is Evo. An open kitchen with counter seating provides a front row view of the exacting preparations of its Eastern Mediterranean-inspired menu, including lamb ribs in a date barbecue sauce and black bass with chorizo, kale and chickpea stew. For those wanting to sample a large swath of the menu, the chef’s tasting (with vegetarian and vegan options) provides a hearty array of locally sourced dishes.

As its name implies, the star of this casual eatery is the rich and savory duck fat used to cook their Belgian style fries. Served in a cone (just like they do on the other side of the Atlantic) with a choice of addictive sauces like truffle ketchup and four kinds of mayo including horseradish and Thai chili, this is the perfect snack to take to go for a walk around the old port. Other offerings include poutine with duck gravy and duck confit panini with fermented kohlrabi and cranberry preserve.

In addition to great restaurants, Portland is known for having brutally long winters. This stylish upscale ramen refuge takes its name from the first pawful of honey a bear grabs post-hibernation and offers much-needed sustenance served via steaming broths that will thoroughly warm your frozen bones. Other hearty pan- Asian fare includes a smoked lamb khao soi, and untraditional but delicious lobster wontons, because you’re in Maine after all. Sit at the large communal table to make a new friend or two and order a pint from the well-curated local beer list.

No trip to Portland (or anywhere in Maine for that matter) is complete without a meal at a proper seafood joint, the kind where the star of the feast is whatever was just pulled out of the ocean. Eventide fits the bill and then some with impressive local offerings, including a dozen varieties of Maine oysters, a brown butter lobster roll, a New England clam chowder made even heartier with chunks of salty pork, and whoopie pies to finish it all off. 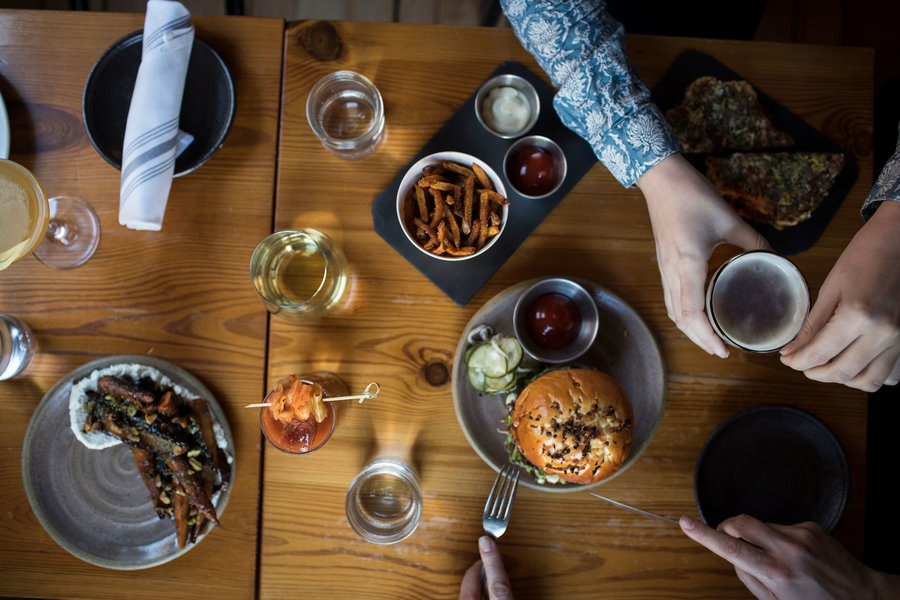 When it opened in 2015, Central Provisions was recognized as a finalist for the James Beard Foundation’s coveted Best New Restaurant award. In the ensuing years, they’ve shown no signs of slowing the creative churn with a menu as inventive as it is exhaustive – and it changes daily. Roasted Brussels sprouts in Calabrian chili, suckling pig in apple and brown butter, and a foie gras parfait with Concord grape gelee are just a few examples of what they have in store for you. Potent cocktails like the Corpse Reviver #3.5 with bourbon and Campari are particularly warming.