Located in northeastern America, and comprising the states of Maine, Vermont, New Hampshire, Massachusetts, Connecticut and Rhode Island, New England is awash with landmarks that lay testament to the region’s colonial past. Meanwhile rocky Atlantic coastlines, scenic harbours, coastal lowlands, and a myriad of capes, bays, wetlands and rivers provide the perfect inspiration for creative endeavours. 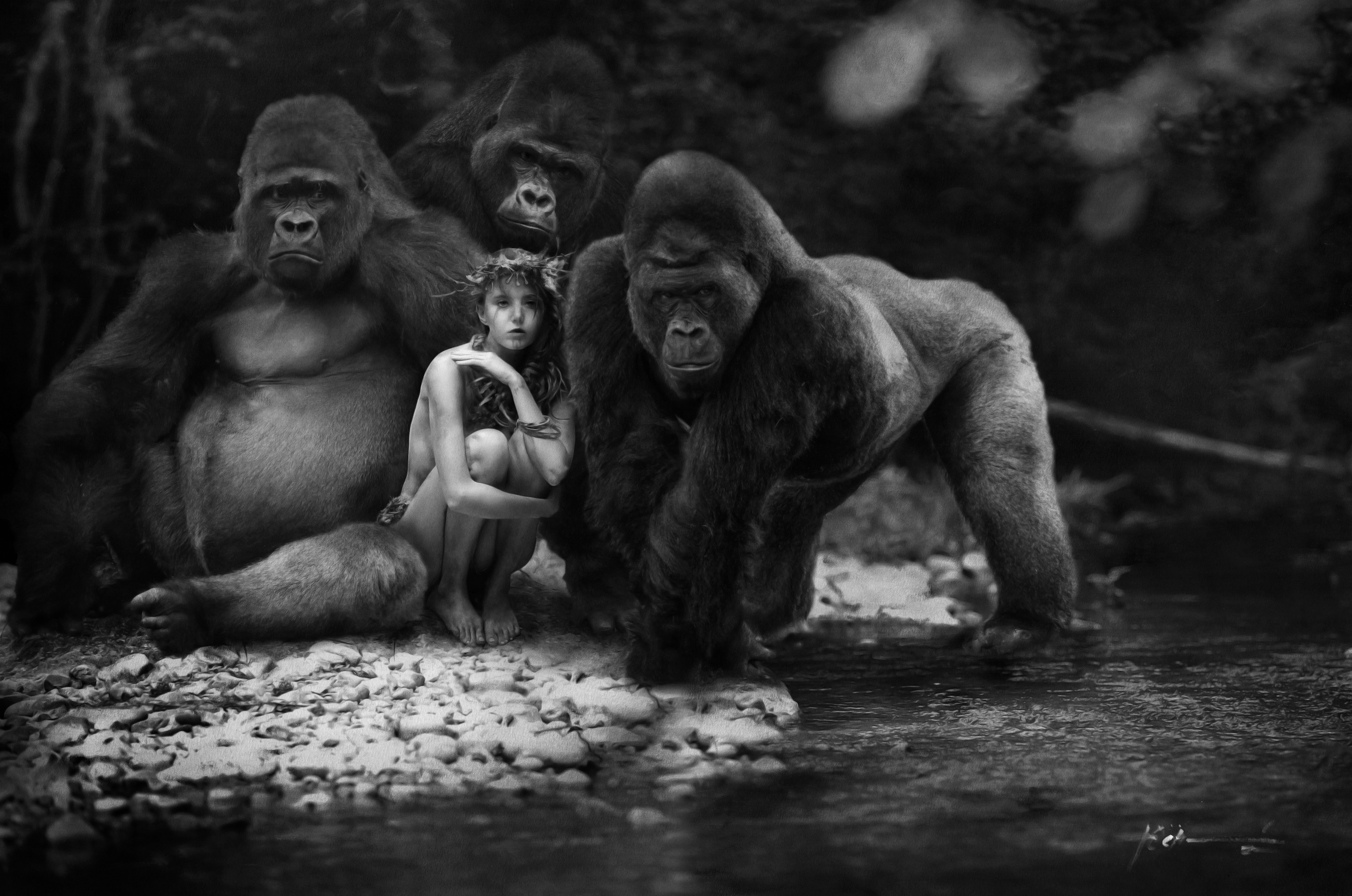 New England’s artistic heritage is also evidenced in the many museums and galleries dotted throughout the region. If you’re planning to visit New England this Spring and would like to attend an exhibition during your stay, we’ve picked out 12 of the best taking place over the coming months.

Featuring a range of media including painting, drawing, printmaking, video, photography, and sculpture, this exhibition brings together landscapes intended to evoke the ethereal and divine. Most of the artwork on display spans the nineteenth century – a time when a proliferation of American artists depicted breathtaking vistas discovered through westward expansion and travel. Notable artists whose works can be found at the exhibition include George Inness, William Trost Richards, John Noble Barlow, George Bellows, and Richard Benson. 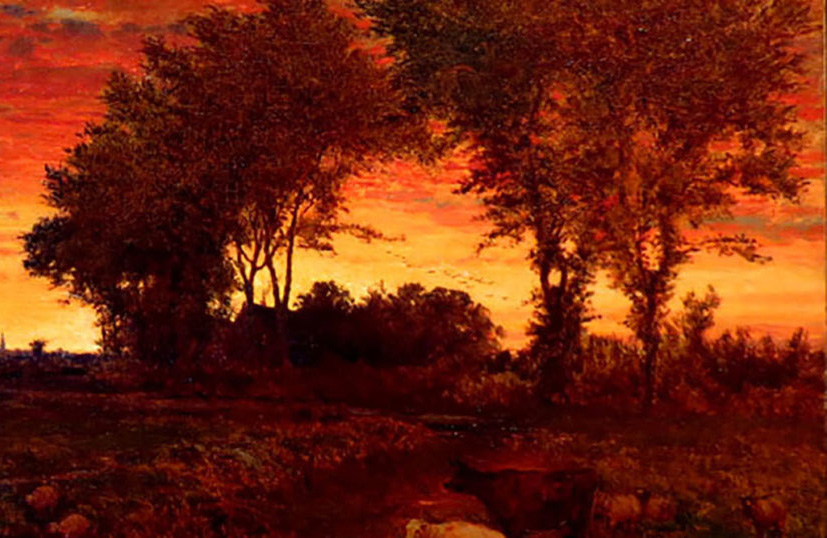 The Military Hangar at the New England Air Museum features a new line-up of historic aircraft, including a fully restored B-25 bomber, a Bell Cobra attack helicopter and 12 additional military aircraft from WWII, Vietnam and Korean wars. On display in the Civil Aviation Hangar, visitors will find a collection of Thompson Trophy winning aircraft from the National Air Races during the heyday of airplane racing in the 1930s. Several one-of-a-kind aircraft are among the 58 currently on display this spring across the site’s three exhibit hangars.

Enchanted: A History of Fantasy Illustration

Several years in the making, this exhibition features original artwork from 100+ artists spanning over 5 centuries (think Game of Thrones, Lord of the Rings). Comprising paintings, etchings, drawings, sculptures, and digital art, the exhibition takes visitors on an evocative exploration of fantasy archetypes from Ancient Mesopotamia through the Renaissance Period to the current day, depicting the immutable concepts present within mythology, fairy tales, and timeless narratives of good versus evil and heroes and villains. 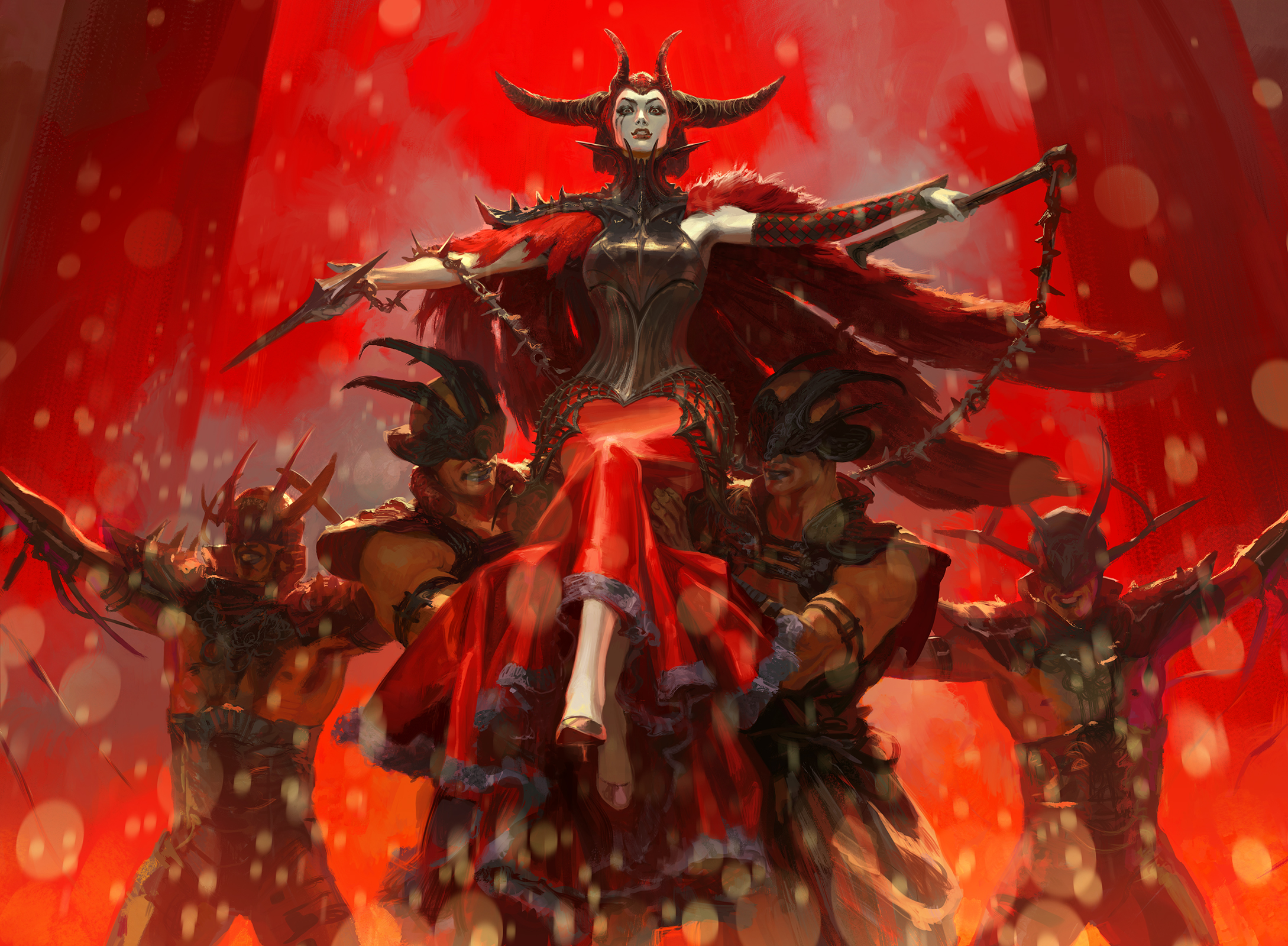 No country is better known for its Easter eggs than Russia. Each year, Russia’s greatest jewelers, artists, icon painters, and craft persons were called upon to create new egg designs in every medium for the most important of the Orthodox Christian feasts. This exhibition explores the symbolism of the egg and Easter in Imperial Russia through the art and objects made to celebrate the religious holiday and the important role that imagery played throughout the entire year. The exhibition includes works from the firm of Fabergé and its competitors as well as designs by prominent artists and icon painters. 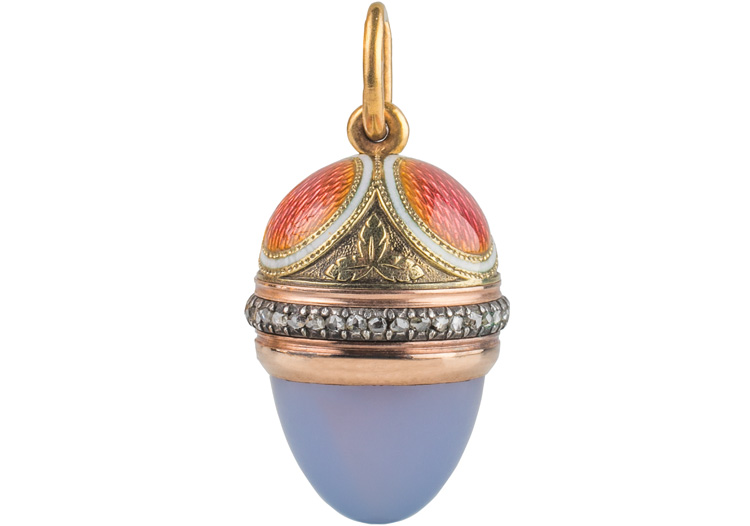 Kimono Couture: The Beauty of Chiso

An eye-catching assortment of beautifully crafted kimonos by Chiso, one of Japan’s oldest kimono producers, are presented at this landmark exhibition – the first outside Japan to feature historic and contemporary kimonos by the 465-year-old Kyoto-based garment maker. By showcasing a total of 14 handmade variations of the traditional wrapped-front Japanese dress, along with an exquisite selection of related artworks including paintings, kimono fragments, and woodblock printed books, the history and artistry of Chiso is fully explored. Among the highlights is a one-of-a-kind, contemporary wedding kimono specially commissioned by the museum for the exhibition. 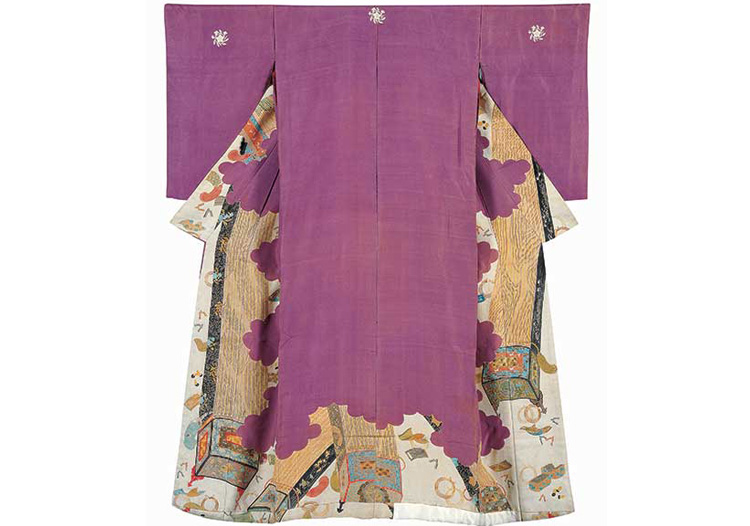 From Tradition to Innovation

Created by Dominique Ehrmann, an internationally recognised fibre artist from Quebec, this three-dimensional retrospective presents the artist’s most ingenious and innovative artwork over the past decade. Acclaimed for her imaginative and whimsical quilts, and inspired by children’s pop-up books, cartoons and a love of nature, Ehrmann complements traditional techniques and fabrics by exploring the boundaries of contemporary fibre arts with novel manufacturing structures, multi-dimensional layers, and kinetic elements. 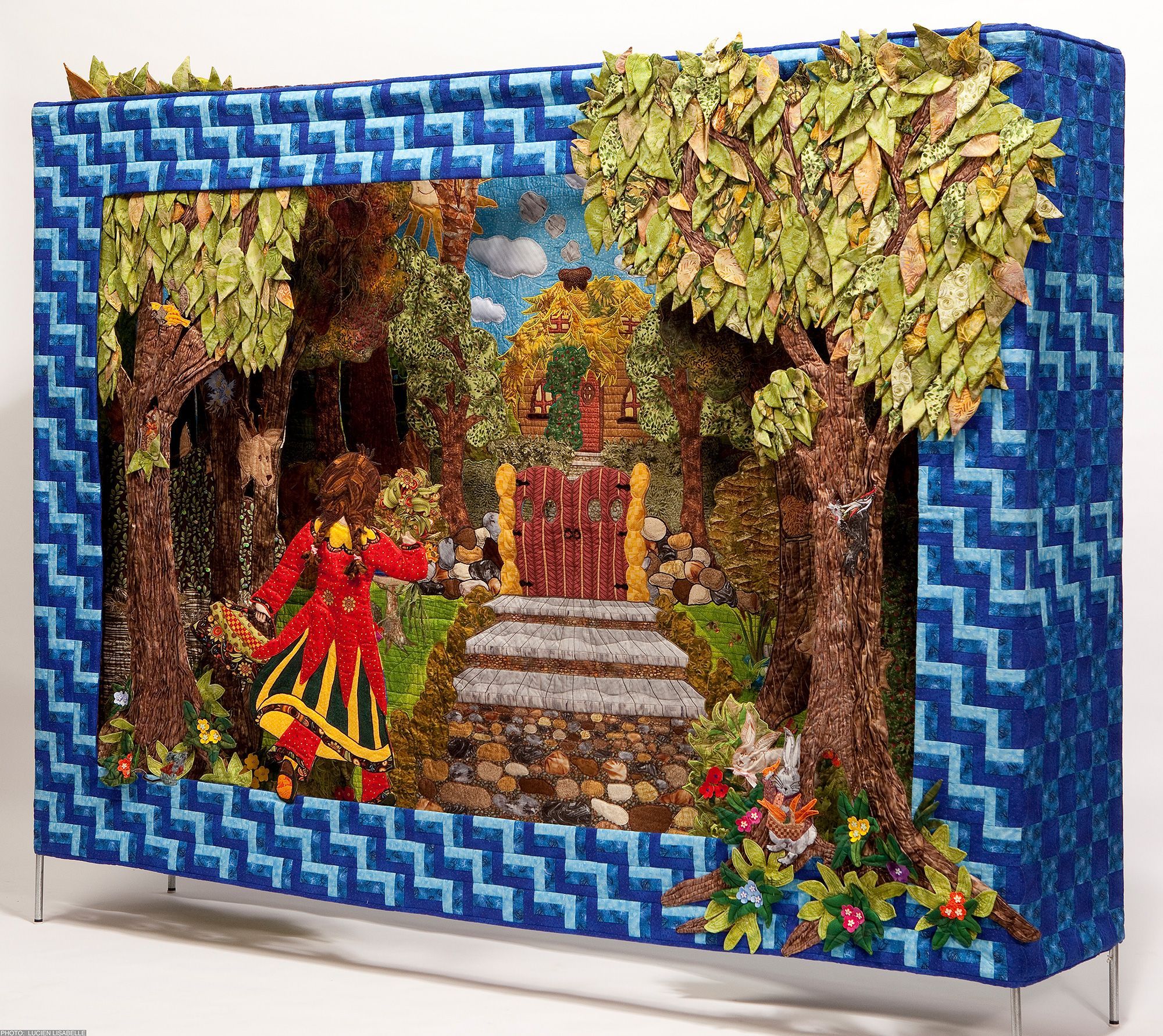 Focusing on the timely and thought-provoking subject of immigration given the cultural and political climate of today, this exhibition explores the church and immigration’s relationship to the American dream. It combines 19th-century depictions of the First Congregational Church Old Lyme – a coastal town that was one of the early settlement areas of the Puritan Saybrook Colony in the 17th century – with contemporary photographs that contemplate the evolving symbolism of the “meetinghouse”, the society created by New England colonists to merge religion, government, and community into a powerful civic ideal that would prevail for two centuries. 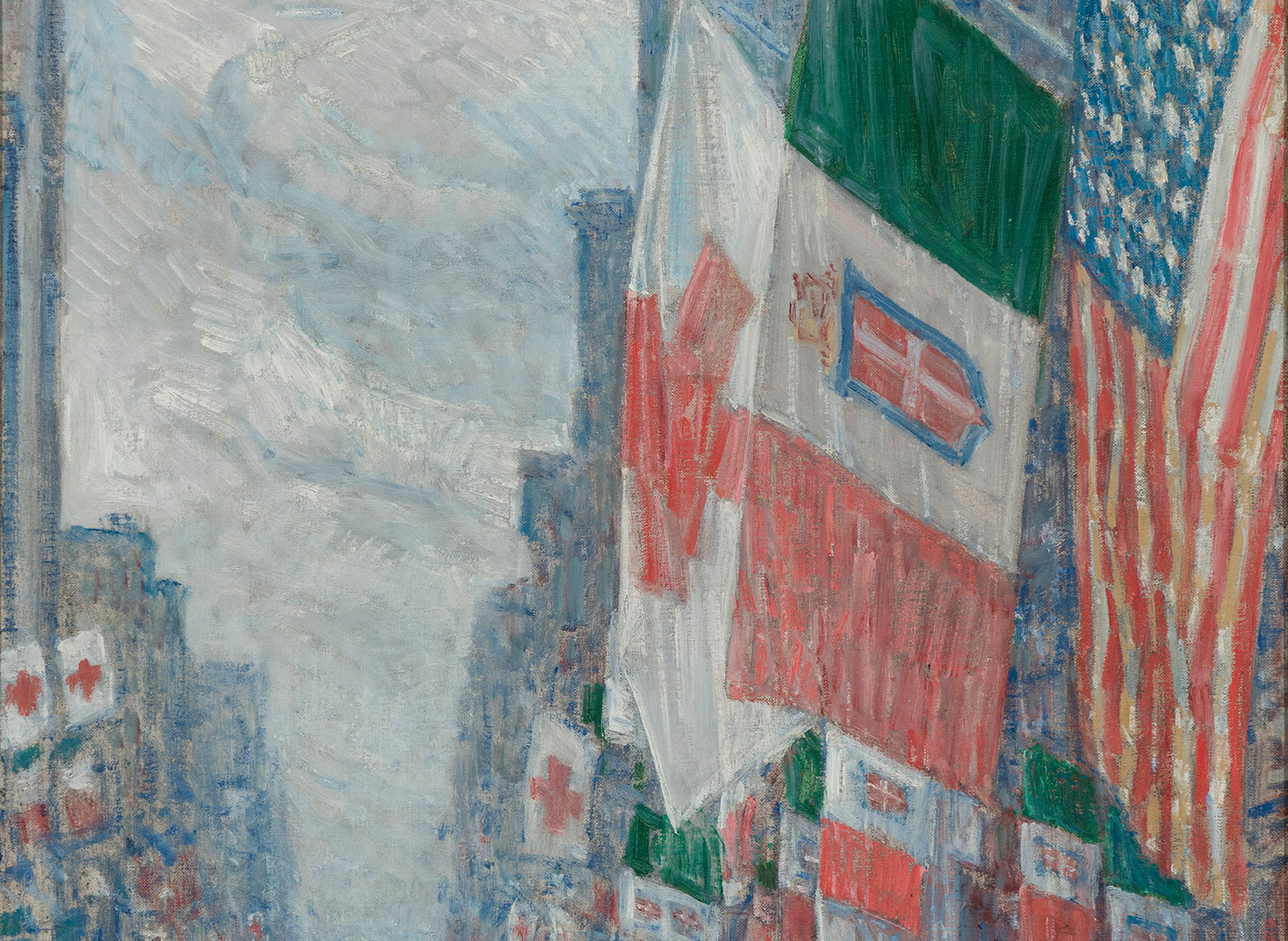 Peeling away the layers of artworks concocted by ten Massachusetts artists, this exhibition invites visitors to not just examine the finished products but envision the various stages that led to each artworks’ existence, from original concept through to the pieces on display. The result is a fascinating insight into the creative process that allows viewers to better understand philosophical question surrounding creation in art and life. 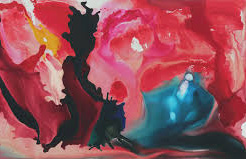 This living history installation reimagines the workspace of distinguished Ogunquit artist, Charles Woodbury, who offered private and group tutorials between the 1890s and the end of his life. Widely credited for sparking Ogunquit’s reputation as an art colony, Woodbury used his open studios to market his work and to augment the earnings he made through selling to commercial galleries. Visitors to the exhibit can enjoy artifacts, furnishings, paintings, drawings, prints, photographs, and memorabilia from Woodbury’s studio, representing his influence on generations of students  and the wider community.

Featuring nine New England artists who have created a collection of two- and three-dimensional works, this exhibition explores the transformation of pedestrian materials into surprising, inspiring and sculptural objects. Among the non-traditional materials used are plastic bags, stones and twigs, demonstrating how art can go far beyond paint, canvas or bronze to produce new ways of aesthetic and meaningful expression. 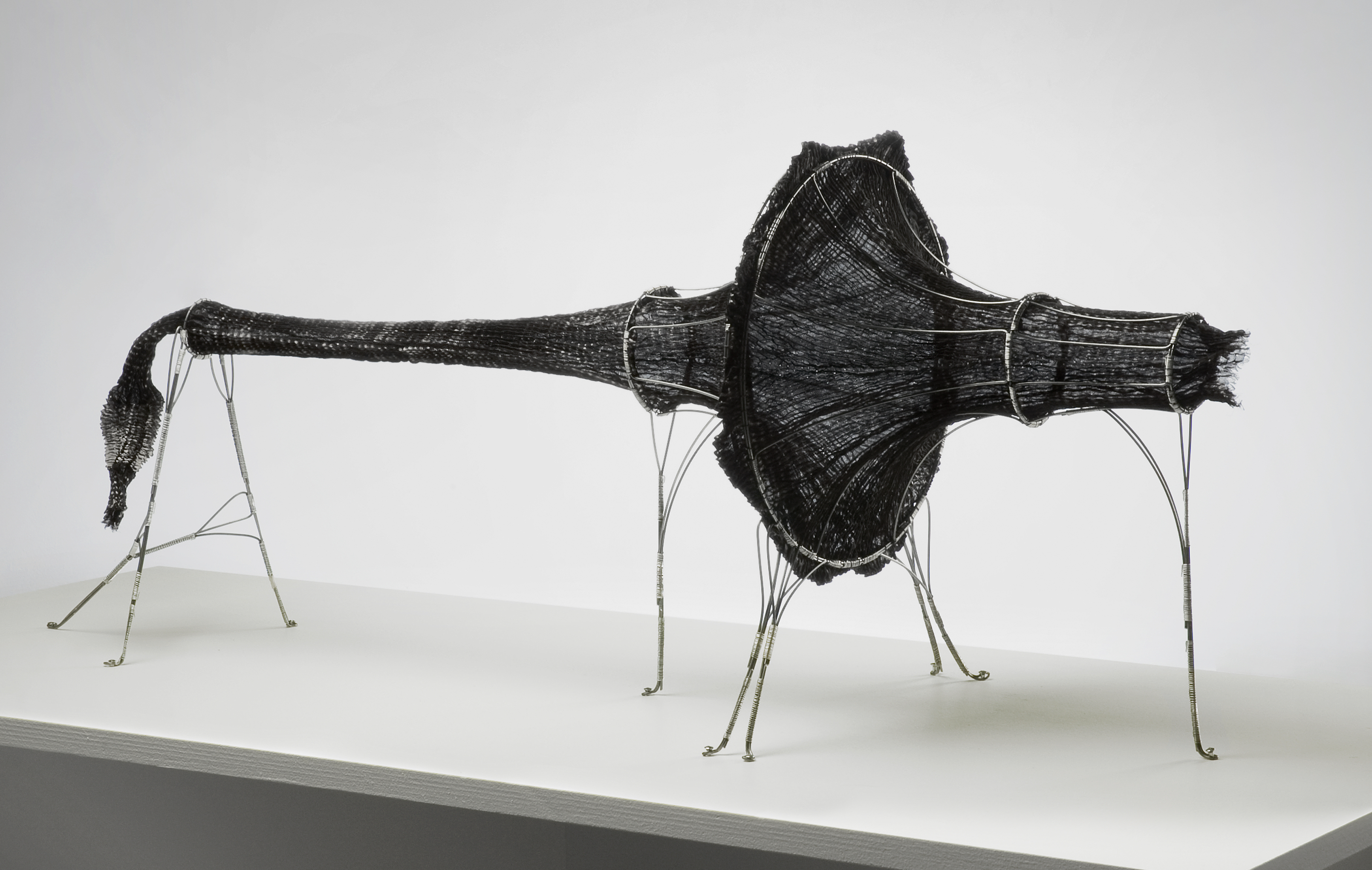 In Thread and On Paper: Anni Albers in Connecticut

Known for her pioneering graphic wall hangings, weavings, and designs, Anni Albers is widely considered the most important textile artist of the 20th century, as well as an influential designer, printmaker, and educator. This exhibition explores the groundbreaking work and writing she produced in Connecticut from the 1950s through the end of her life, and includes an extensive body of textiles, wall hangings, commercial collaborations, and works on paper.

Made It: The Women Who Revolutionized Fashion

Showcasing more than 100 works spanning 250 years, this exhibition is designed to recognise and celebrate women’s often-overlooked contributions to the fashion and design industry. From Mary Todd Lincoln’s seamstress to Elsa Schiaparelli and Gabrielle ‘Coco’ Chanel, to experimental labels like Chromat, the female designers who have often transcended genres and revolutionised ideas of identity are placed in the spotlight through exhibits depicting show-stopping ensembles, street fashion, ready-to-wear, and haute couture.