With the summer warmth trickling into Autumn, accompanied by a notable reduction in crowds, October is a great time to visit Rhode Island – and this year sees tons of great events scheduled to take place.

Whether it’s catching an art installation on Providence’s rivers, enjoying Rhode Island’s peak Autumnal foilage, or watching sailboats and regattas in and around Narragansett Bay, Rhode Island offers a wonderful choice of things to see and do during fall season. And this year, October is a particularly busy time for festivals and other events. We’ve picked out 8 of the best.

One of America’s longest-running cultural events returns to the Rhode Island city of Cranston this year, once again providing a platform for makers of independent cinema. Held over four full days, there’s a packed program of independent film screenings from across the country and beyond. In addition, SENE will showcase a locally produced music video, an art exhibit of local artists and offer ample opportunity to meet and engage with local, national and international filmmakers. Film and schedule details can be found at www.senefest.com.

Promising concerts, conversation and fun times, The Oregon Coast Jazz Party returns to the Newport Performing Arts Center and other venues around Newport this October. Featuring three main jazz shows, the two-day event will also host pre-show talks with some performers, giving audience members the chance to find out more about their musical heroes. The line-up for this year’s festival includes a notable new face, Oregon drummer Jason Palmer, while Randy Porter, a long-time fixture at the event, returns after a hiatus.

Created in collaboration with individuals on the Autism Spectrum, this important exhibition features an assortment of striking artworks that present visual interpretations of the repetitive body movements (also known as ‘stimming’) common among individuals with Autism and other neurodevelopmental conditions. To create the works, artist Caleb Weintraub used motion capture software and 3D modeling programs were used to distill the movements of people who engage in stimming into essential kinematic signatures. The images were then altered according to conversations with the subjects, and presented as dye-sublimation prints. The result is a body of work that highlights the inherent rhythms and patterns of these movements to present an alternate perspective on them as behaviours.

A World in Motion: Vanderbilt Style

Fashion has evolved dramatically over the past 150 years – and for woman that change has taken place concurrently with the shifting roles they’ve played in society. Focusing on the period between the Gilded Age and the modern era, this exhibition showcases a number of dresses from the illustrious Vanderbilt family, who gained prominence during the 19th century for their success in shipping, railroads, and other areas of industry and philanthropy. The previously unknown collection of clothing and accessories belonged to three particular Vanderbilt women of New York and Newport, and the exhibition shines a light on their lives in a fast-changing world, as expressed through their choices for shopping and fashion.

Already home to an expansive private collection of beautiful, exotic, and rare cars, the Newport Car Museum in the town of Portsmouth has added a stunning Pop-Up Porsche exhibit to its showcase, running through October. Cars on display date from the 1950s through to the current day, with highlights including a 1956 Porsche 356a Speedster, a 1979 Porsche 930 Turbo, a 2005 Porsche Carrera GT (which recently saw a surge in its value) and a 2019 Porsche Speedster Heritage. Vehicles are perched on low platforms or turntables, with no barrier ropes so that visitors can get up-close and personal with these magnificent, iconic machines. Award-winning historical videos commissioned especially for the museum, along with an assortment of Mid-Century Modern furniture, add to the experience.

Flames of Hope: A Celebration of Life

Created to honour Breast Cancer Awareness Month, this eye-catching art installation, which sees the Rhode Island State House illuminated in dazzling pink, is part of weekend-long celebration designed to embrace everyone who has been impacted by cancer. The brainchild of the Gloria Gemma Foundation, which was founded in loving memory of Gloria Gemma who died of breast cancer in 2002, the event also features a torch procession, all conducted through touching, beautiful choreography. 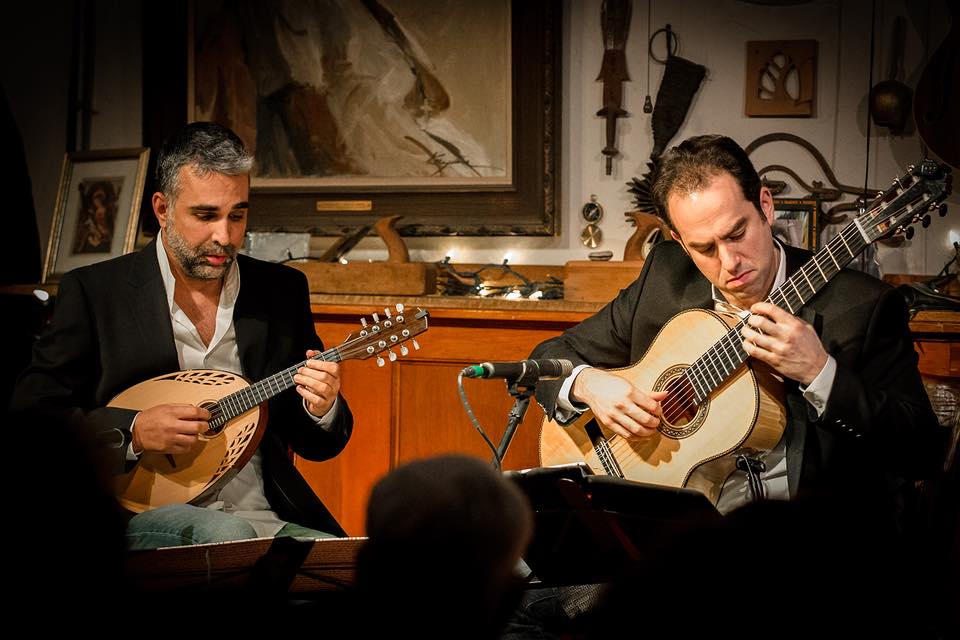 Now into its sixth year, the annual University of Rhode Island Guitar Festival brings together guitar lovers from across the world to celebrate the iconic fretted instrument, from its traditional 6-strings to acoustic, electric, jazz, flamenco guitars, and so much more. Taking place in a hybrid format this year, there’ll be the chance to attend masterclasses, lectures, and concerts, as well as watch a virtual guitar competition for high school and young artists aged 18 and older.

Festa Italiana Festival in the Park

One of the most eagerly awaited events on Newport’s cultural calendar, this fun-packed annual event is part of the month-long Festa Italiana festival that provides a chance for the city’s Italian population to come together and celebrate their long-standing roots and heritage. Organised by a team of dedicated volunteers, the one-day park event features authentic Italian food and sweet treats, artisan stalls selling Italian-themed novelties, and live Italian music.

Created to introduce communities across the US to the booming phenomenon of gourmet food trucks, the Newport edition of this travelling, family-friendly festival features some of the area’s most popular food trucks. As well as the serving up of long-standing favourites such as fall-off-the-bone BBQ, wood-fired pizzas, and zesty Mexican foare, there’ll also be dozens of regional and national craft brews to keep revellers well oiled. ​Other entertainment will include outdoor games like cornhole and giant jenga, and an on-site local DJ and other musical acts.

For three decades the Bowen’s Wharf Seafood Festival has been luring hungry revellers to historic Bowen’s Wharf on the waterfront in downtown Newport for its annual promise of mouth-watering marine delicacies. The festival offers an array of fresh, local seafood in the shape of fish tacos, lobster rolls, chowder, fried calamari, clams, oysters and more, along with signature cocktails and cold beer, all against the backdrop of live music and lashings of family fun.