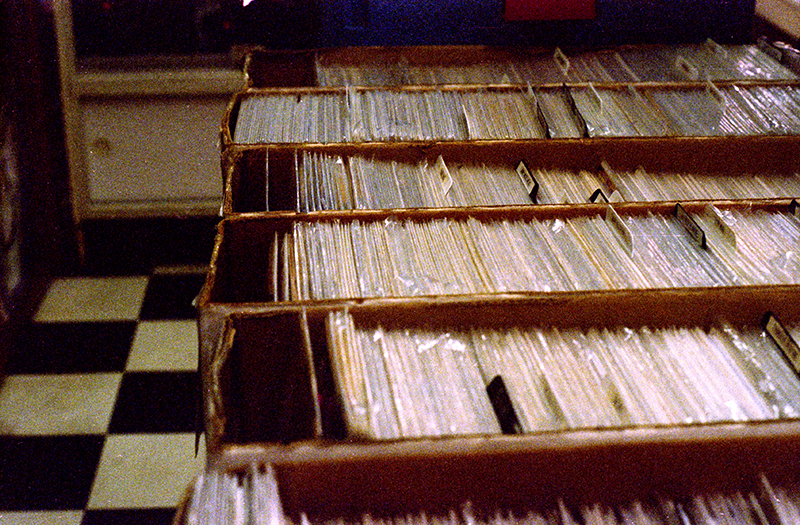 Comic book collectors sometimes like history as much as they like storytelling. The dates, time periods, and trends associated with comics can make for powerful memories that link fiction and real life. And what comic collector doesn’t have fond memories of browsing back issues as a kid?

In the especially historical region of New England, you can find dozens of shops, all with their own unique vibe and local client base. Below, we’ve chosen ten worthwhile comic and collectible stores across all six New England states. It’s always exciting to check out a new comic store when traveling. One of these will surely lead you to some “Excelsior!” moments.

Newbury Comics
This regional chain is known throughout New England for its pop culture merch stores that stock everything from Funko Pops to vinyl records to manga. The flagship Newbury Comics is in Boston, but this massive location on Route 1 boasts a comics section you’ll want to check out, especially if you collect variant covers. The selection of new and recent comics is huge, and worth browsing if you have an hour (or two).

Fantasy Zone
This cozy shop has an impressive selection of back issues, many of them eye-catching copies. The new issue rack is well-curated and displayed, and the owners are friendly and helpful. Though it’s located in a slightly rural, scenic part of Rhode Island, this shop isn’t too hard to find, and is easily accessed by a major freeway. It’s worth stopping in if you’re traveling along Route 1 from Narragansett or to Providence.

Matt’s Sports Cards & Comics has occupied multiple storefronts in its 40 years of operation, but its latest location in Enfield is a 10,000-square foot paradise for comic lovers. The store boasts a museum-worthy collection of graphic novels, manga, action figures, statues, and other collectibles. Rows upon rows of shelves are are devoted to stories and characters both acclaimed and obscure. The back issue selection is broad, too, so don’t be afraid to ask for help finding something specific.  An ample assortment of Pokemon cards and sports cards rounds out an already well-rounded store. 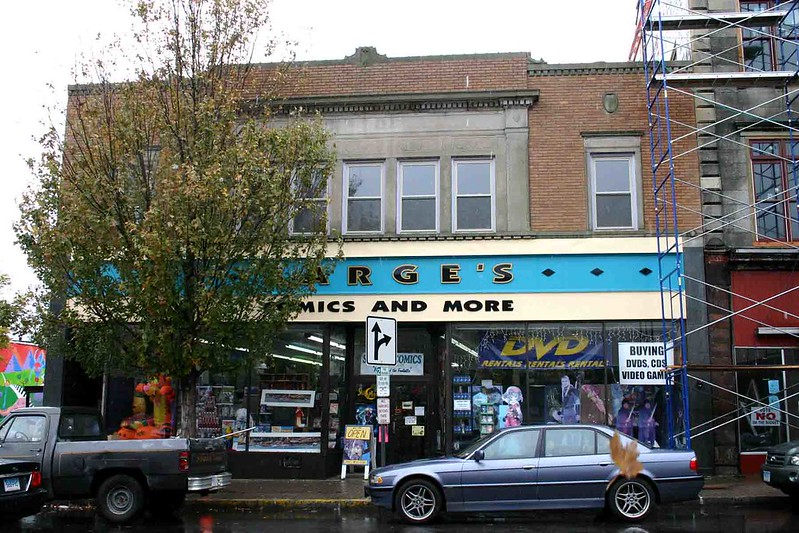 Located in the charming seaport town of New London, Sarge’s Comics and Games is a friendly store with plenty of space (5,500 square feet, to be exact) to explore the many, many wares on display. Weekly sales posted on the store’s Facebook promise a slew of good deals, like buy-two-get one specials or discounts on trade paperbacks. The store regularly refreshes its back issue bins, so you can supplement your pull list with old classics. Like many of the stores on this list, toys, action figures and miniatures are also abundant here.

Coast City Comics & The Fun Box Monster Emporium
Comic book stores aren’t just for comics anymore, and a ‘modern’ comic shop might stock just as much merch and music as it does superheroes and sci-fi. Coast City Comics, located in Maine’s gorgeous capital of Portland, is a perfect example of a store offering comics and most other niche, collectible interests you can imagine, from horror collectibles to gaming supplies. A hearty selection of new comics and back issues is yet another reason to visit Coast City Comics when in Portland.

The Comic Store
This longstanding store offers the standard comic book store offerings of new comics, trade paperbacks, action figures, miniatures and more. The store is packed with merchandise, but the rows of long boxes aren’t even the most numerous thing here. Customer reviews suggest the store if well stocked with toys, model kits and collectible statuettes, with Gundam models especially prominent. Gundam fans, take note: this spot is worth a visit! 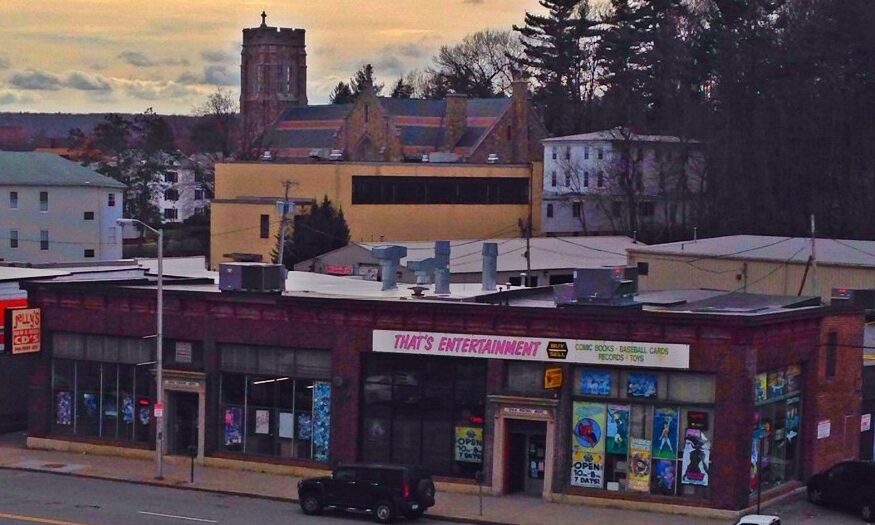 You might utter this store’s name after walking in and seeing its massive amount of merchandise. From roughly 500 boxes (!) of back issues to records, tabletop games and video games, this store is sure to stimulate the pleasure centers in any crate-digging collector’s brain. There’s enough variety that you shouldn’t feel too bad about dragging a friend or family member along. Then again, a solo trip might be best—you could easily spend an hour or more here.

244 Park Ave in Worcester, with a second location at 56 John Fitch Hwy in Fitchburg, both in Massachusetts

Comicopia
Based in Boston’s Kenmore Square, Comicopia has been open since 1989 and prides itself of serving readers of every stripe. As it’s on Commonwealth Ave, one of Boston’s major roads, Comicopia is conveniently accessed from any number of nearby landmarks, like Boston University or Fenway Park. Nearby Kenmore Station makes access even easier if you’re traveling and don’t have a car. Once you get inside, prepare yourself for a stunning range of graphic novels, trades, and manga, with a particularly rich selection of the latter. Comicopia’s manga selection is so rich it won an award for “Best Manga Section” not once, but twice! You can also grab the latest issues of your favorite mags from major and indie publishers alike.

Stairway to Heaven Comics
As the name implies, this store is easy on the eye, as evidenced by its display of new comics that’s colorful, inviting and bright. Boxes of back issues are available for you to browse, and you could find any number of surprises there: both the comics and graphic novel selections span everything from superheroes and westerns to humor and biography. This clean, attractive and well-stocked store has an advantageous location, too, as it’s within a 15-minute drive of both Kittery, Maine and Portsmouth, New Hampshire—two popular tourist destinations.

Earth Prime Comics
This store has long been a fixture of Burlington’s Church Street, the city’s major shopping area. While it’s a small place, you can expect a variety of new and recent comics, from publishers major and indie, as well as a smaller sampling of other formats and collectibles. If you’re vacationing in Burlington, it’s worth stopping in to pick up any new issues you need.