Home to the MacDowell Foundation, one of the first artists’ colonies in the country, New Hampshire has a long history of supporting the arts. Visual art is represented in small local galleries and museum collections. Below are five of the best places to see art while traveling through the Granite State. 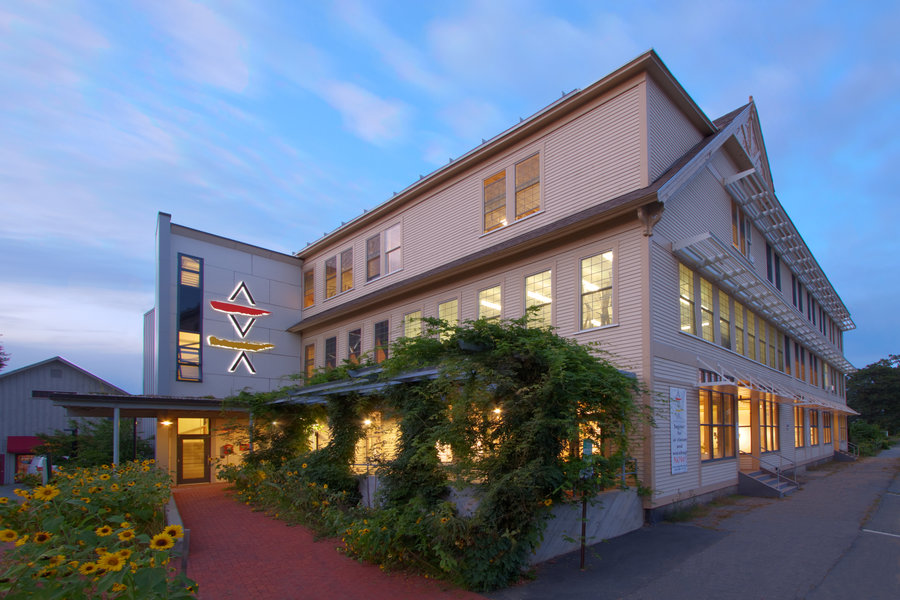 Outside of Ava in the evening. (Photo: Gary R. Hall)

Ava fuses the space between artist and viewer by offering classes in four teaching studios on the property. Exhibits showcase new work of veteran local artists and are often coupled with classes. Recent highlights have included David Ernster’s playful “Restless,” which uses the artist’s fascination with vessels to subvert expectations of what pottery should be. Throughout the exhibition Ernster, a veteran craftsman with three decades of experience, taught classes open to the public on alternative pottery techniques.

This non-profit space presents music and film works alongside fine art shows, all with an emphasis on bold emerging artists. Recent highlights include multidisciplinary artist Michael Hambouz’s “Factory Made,” which vividly illustrated abstract scenes inspired by the paper mill in his hometown in Michigan. Executed in a series of mediums, including painting, drawing, animation and printmaking on hand cut paper stock, the images are not only striking but call attention to not just the artistic process but the work it takes to make the paper itself.

This small storefront gallery in Portsmouth has a wide-ranging collection of nineteenth to twenty-first century American art. A recent show, “Moving to Abstraction,” co-presented with Quidley and Co of Naples, Florida, surveyed the post-World War II shift to abstraction by American artists like Norman Bluhm, Lynne Mapp Drexler, and Jack Roth. While not household names like Jackson Pollock and Willem de Kooning, they created enduring works rich in color. Early in his career, Roth was actually exhibited alongside both modern art giants and his sense of framing has faint echoes of de Kooning. 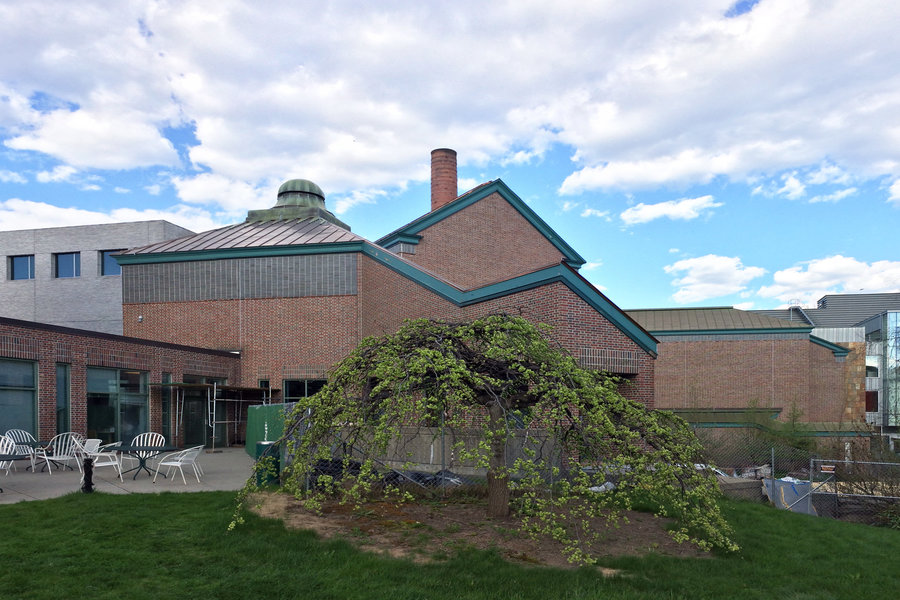 Outside of the Hood Museum on the Dartmouth campus. (Photo: Gunnar Klack via Flickr)

Housed inside Dartmouth College, the Hood Museum of Art holds an extensive collection of seminal works spanning continents and centuries. From Native American carvings to Picasso paintings and large-scale works by contemporary artists like Yayoi Kusama and Ed Ruscha, these galleries act as a mini survey of art history not only for students but the general public, and admission is free. Exhibits also look forward in time with recent shows like “Entrance Gallery,” which focuses on artists addressing issues like racism, feminism, and globalism in their work.

The grandest gallery space in New Hampshire is the Currier Museum of Art, with works by Picasso, Monet, and O’Keeffe among many others, along with tours of the Frank Lloyd Wright-designed Zimmerman house. Recent highlights include Edward Hopper’s last painting, Two Comedians, which depicts the artist and his wife taking their final bow before walking into the dark unknown. It was owned by Frank Sinatra for two decades and is exhibited at Currier alongside works of Hopper’s contemporaries that chart the evolution of figurative painting from the 1920s-1960s.